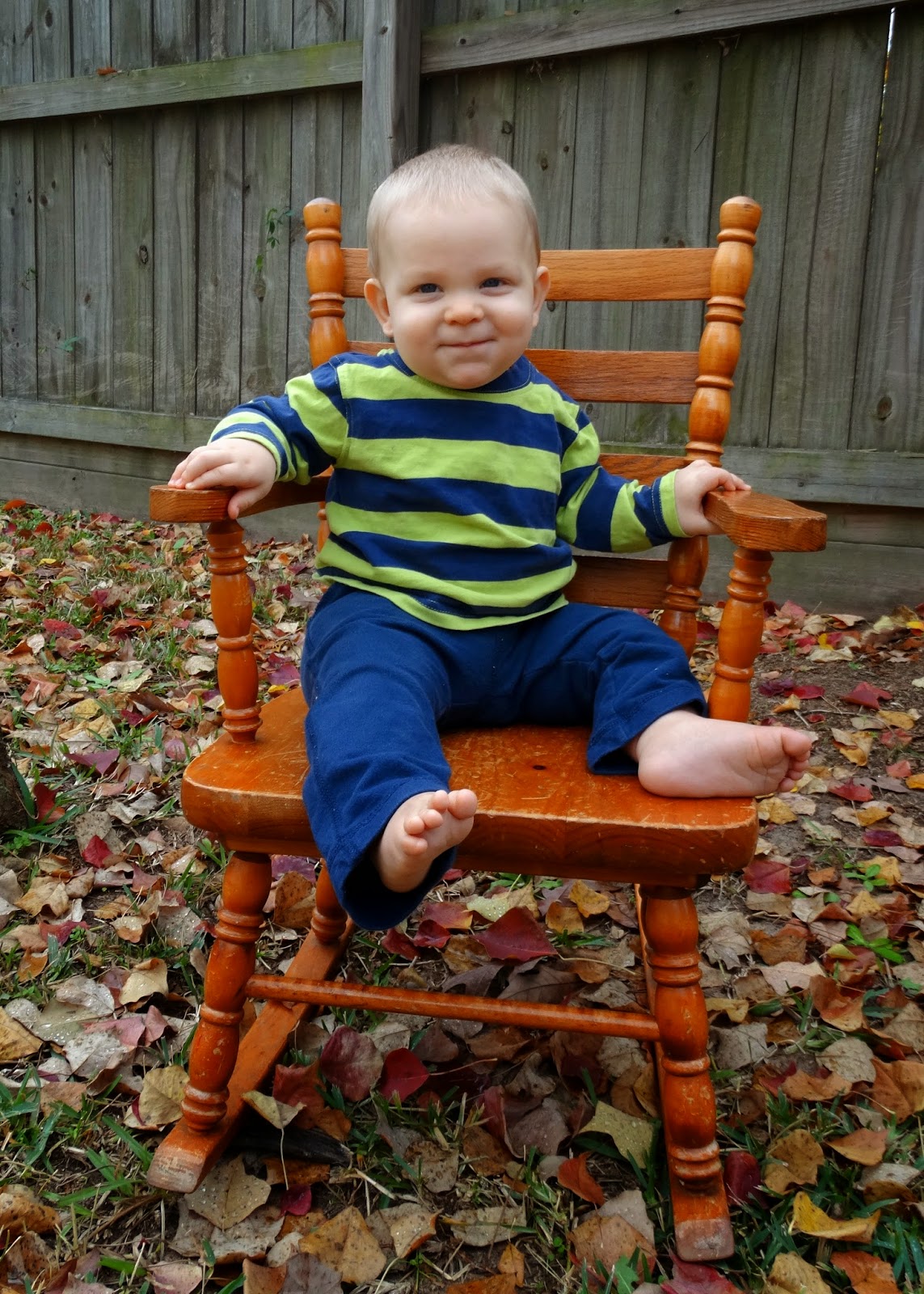 Oscar is crawling all over the place and even pulls himself up to stand once in a while.

He loves to get into the dog food and chew on phone chargers.
He falls asleep like a champ but he doesn't stay that way. He still wakes up a handful of times every night. It's starting to take it's toll on my mama brain. Just yesterday I put the milk in the pantry and microwaved my oats without water. I feel like we've tried everything....
Oscar loves Tap....and taking baths.
He cut three teeth all at once for a total of six now. Four on top and two on the bottom.
It seems like he's losing interest in baby food. He still loves to nurse and now prefers that over solids. Maybe it's time to start him on some black beans and soft chunks. He does like his finger foods....
Sits like a big boy in the bath tub.
He's a little bit of a cuddle bug. :)
He's not a fan of getting his picture taken...it's like pulling teeth to get him to smile. :) Takes after his Dad maybe.
Posted by Unknown at 9:11 AM