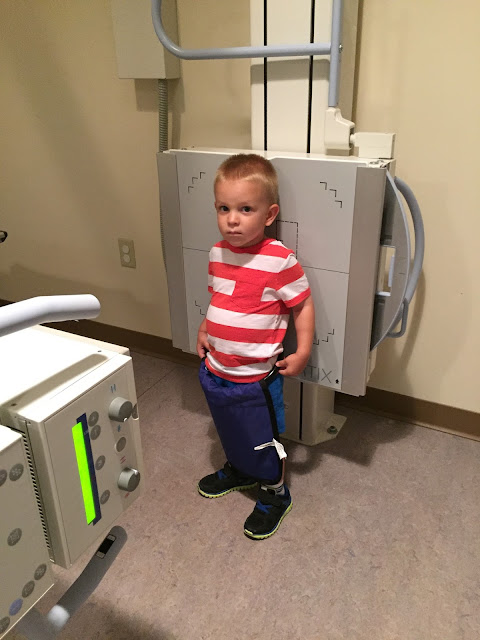 Oscar fell off the couch. Just hugging a pillow, he rolled and flipped. He landed on his head and shoulder. When he didn't stop crying, I knew something was wrong. I called the chiro right away and they were able to see him as soon as I could get there. Before his adjustment, he couldn't turn his head. After his adjustment, he was feeling much better. I thought we were in the clear.
As the day went on and I could tell he was favoring his right arm (as in not using it at all) I knew in my gut that something more serious was going on.
I brought him to the Dr. the next day and he had x-rays taken. Sure enough. He had a non displaced fracture on his right clavicle.
A few days later, he got a brace for his shoulders (I'm still not sure what good it did or what it's purpose was).
After two weeks he was back to normal. Now you can hardly tell it was fractured except for the bump on the bone and a little bit of wincing when you change his shirt. 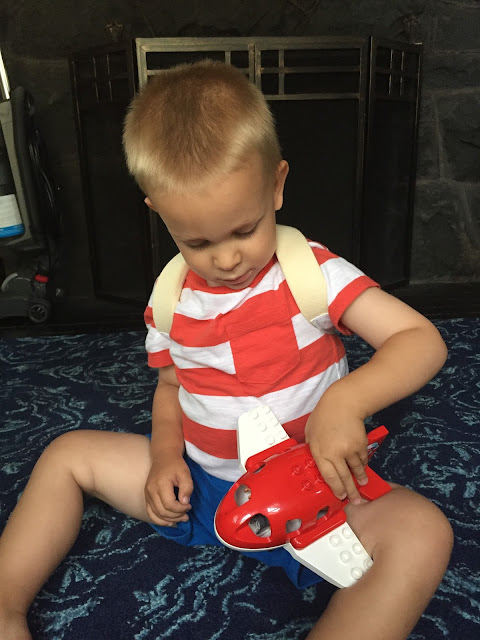 Posted by Unknown at 2:53 PM No comments: 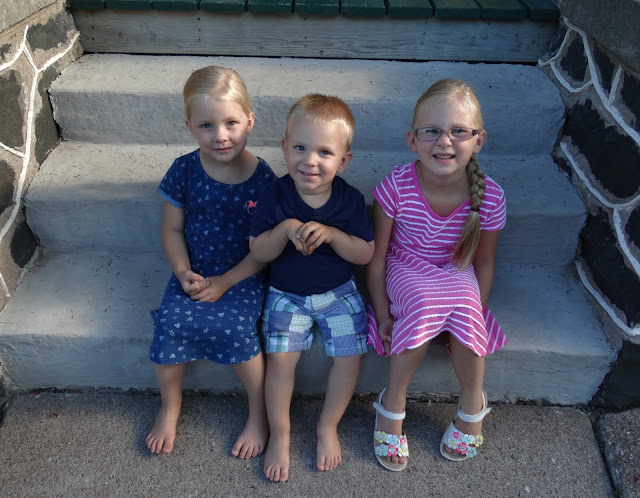